“What’s with this hatchet?” Screen Media Films has unveiled the first trailer for an intense revenge thriller titled Girl, the first feature film made by Canadian filmmaker Chad Faust. This recently premiered at the Cinéfest Sudbury in Canada, and it arrives on VOD at the end of November. Bella Thorne stars as young woman (only known as the “girl”) who returns to her small hometown intent on killing her abusive father only to discover someone murdered him the day before… As the girl searches for answers, she uncovers a family legacy more dangerous than she’d imagined. This also stars Chad Faust, Glen Gould, Elizabeth Saunders, and Mickey Rourke. Kinda looks like the perfect greasy role for Rourke to play. Give it a look. 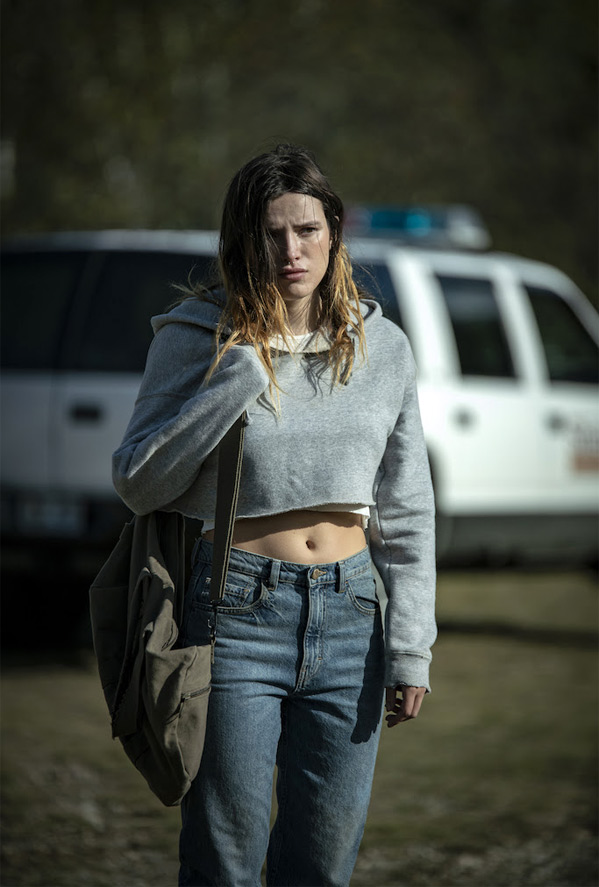 In Girl, a young woman (Bella Thorne) returns to her small hometown to exact revenge on her abusive father, only to discover someone murdered him the day before. As the girl searches for answers, she soon finds herself prey to a sinister sheriff (Mickey Rourke) and uncovers a family legacy more disturbing than she’d imagined. Girl is both written and directed by Canadian actor / filmmaker Chad Faust, making his feature directorial debut with this project after a few other short films previously. It’s produced by Thomas Michael, Shayne Putzlocher, and Sara Shaak. This just premiered at this year’s Cinéfest Sudbury. Screen Media will release Faust’s Girl in select theaters November 20th, then on VOD starting November 24th.

Podcast: Inside the camp of Joe Joyce and why it’s okay to quit

Junto Nakatani is inspired by ‘The Monster’